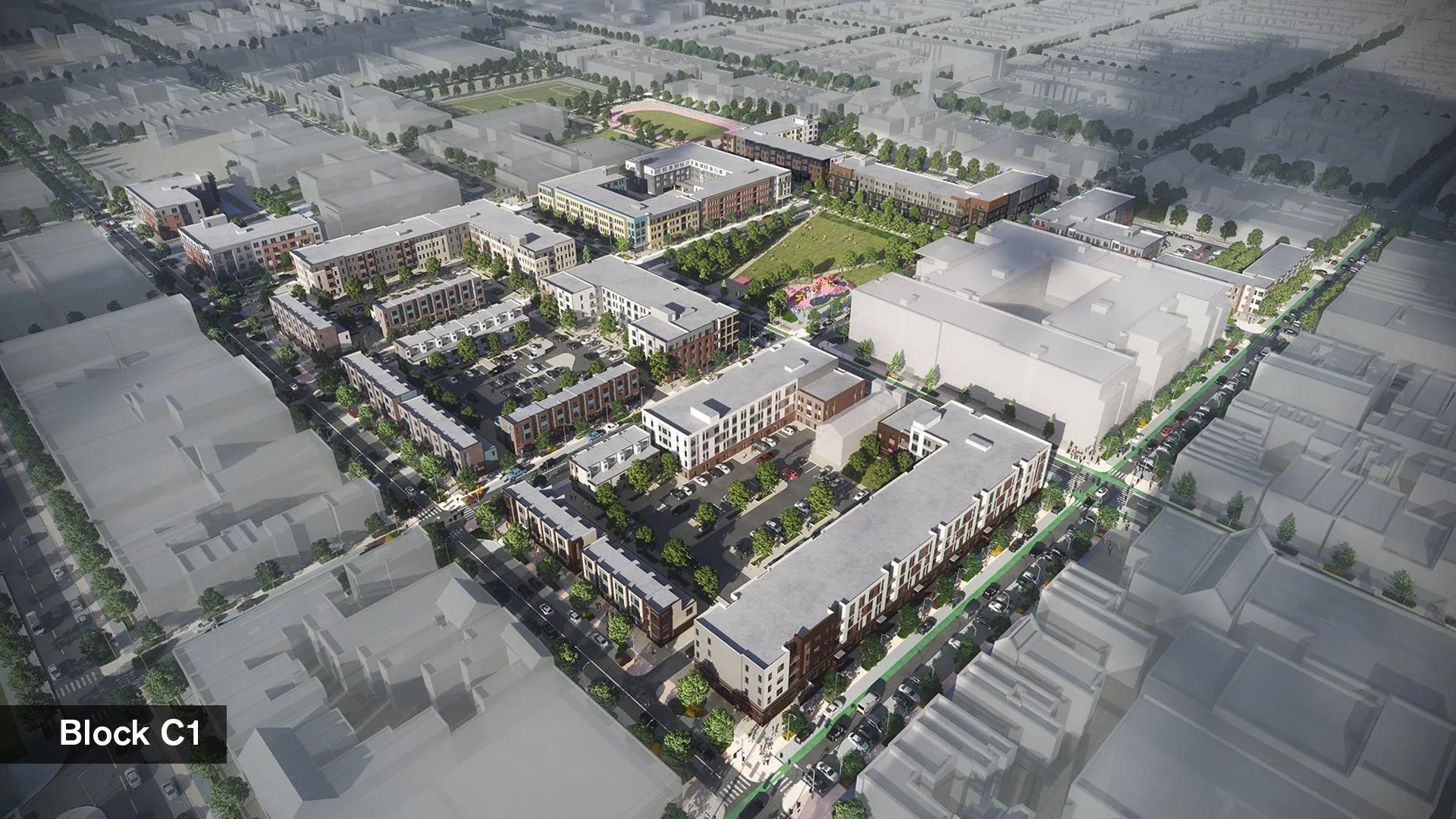 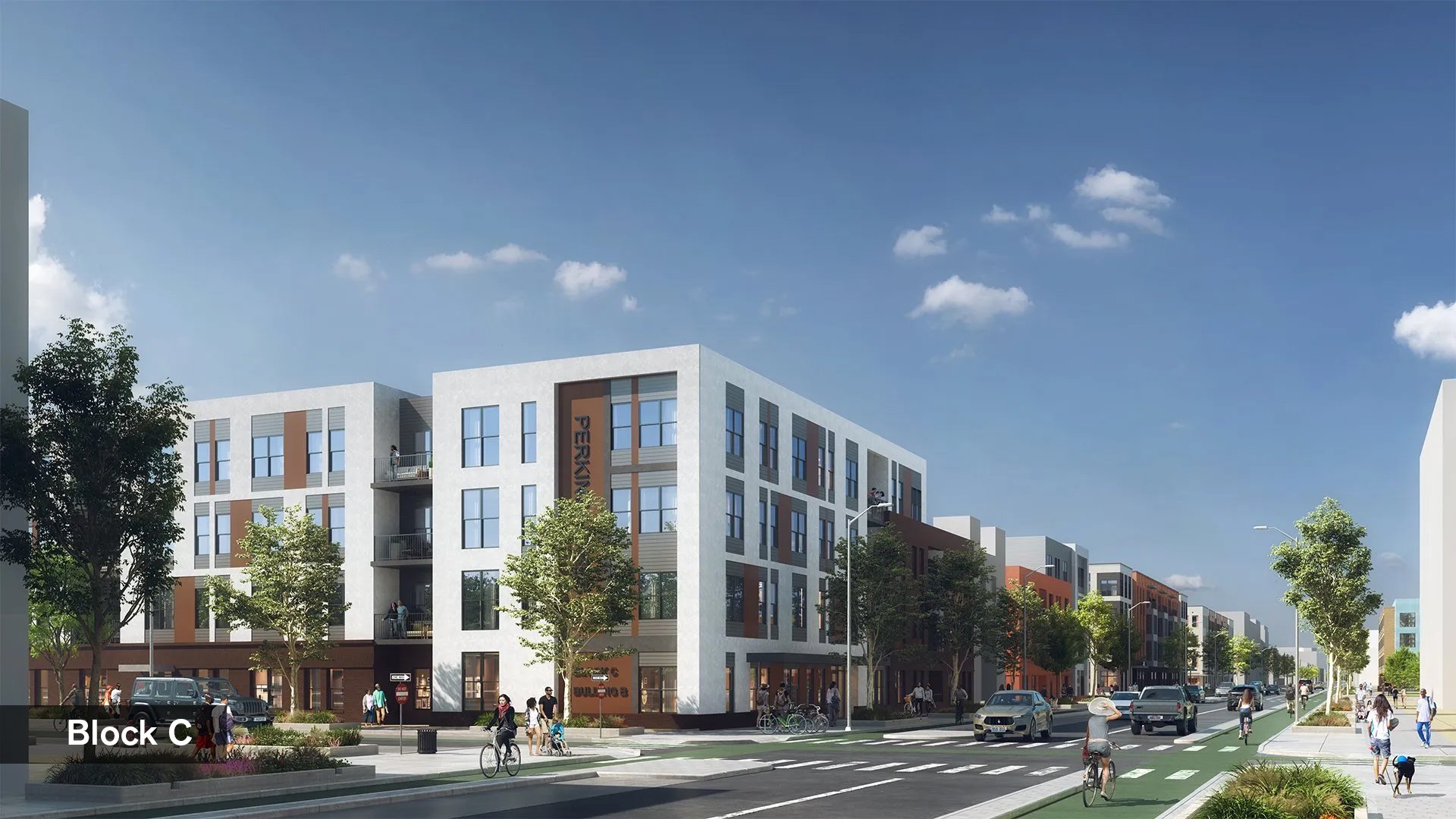 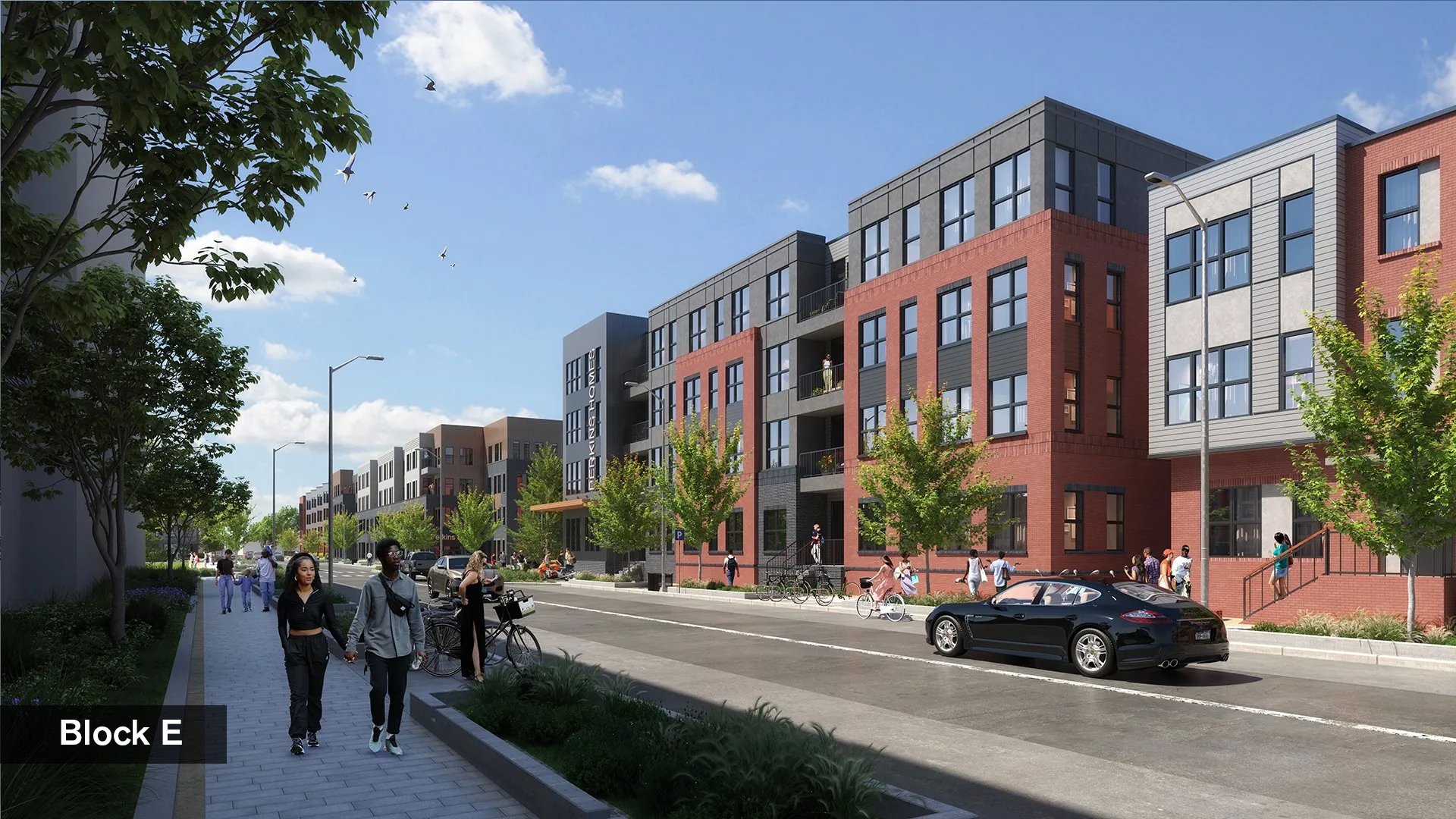 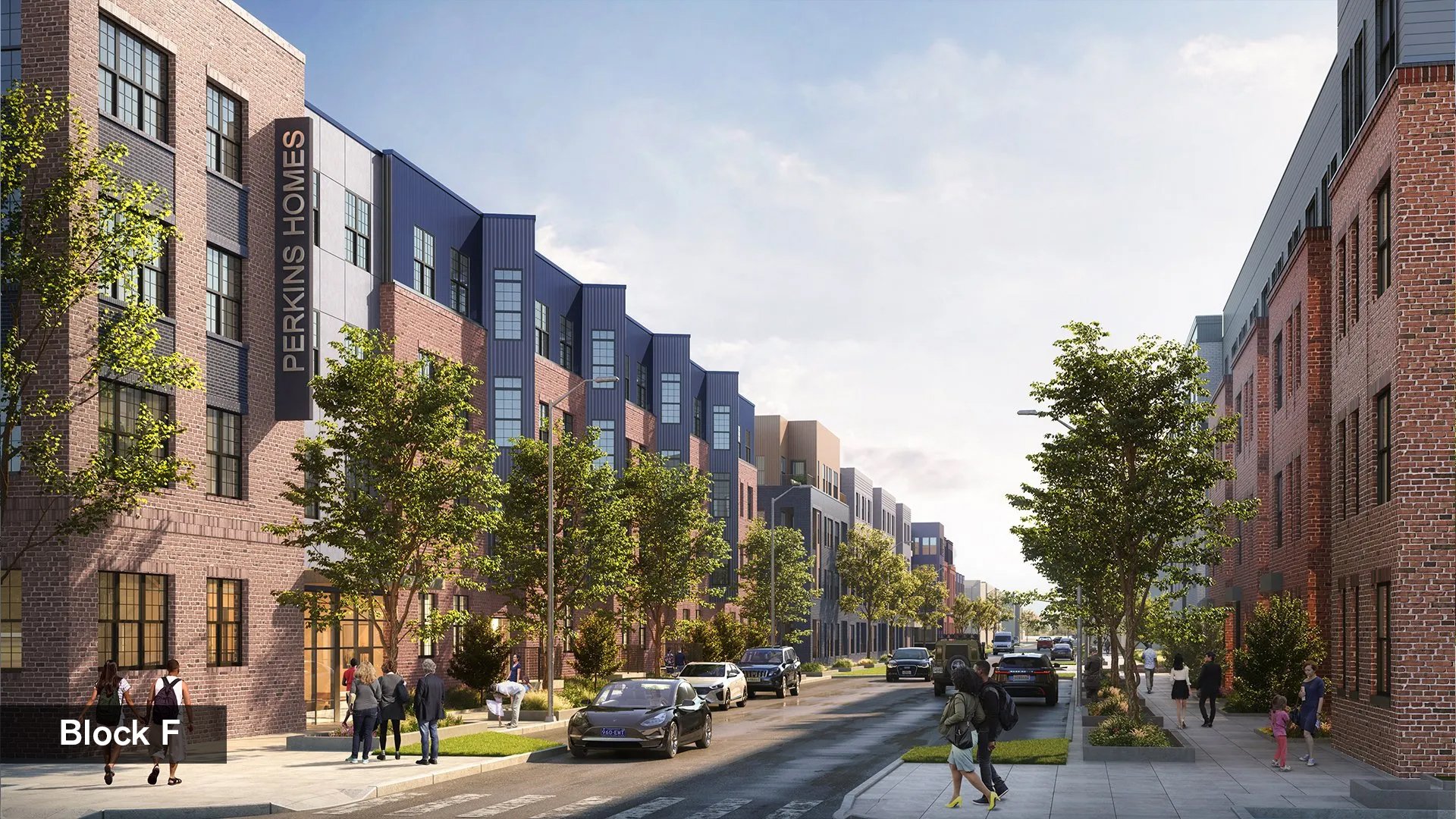 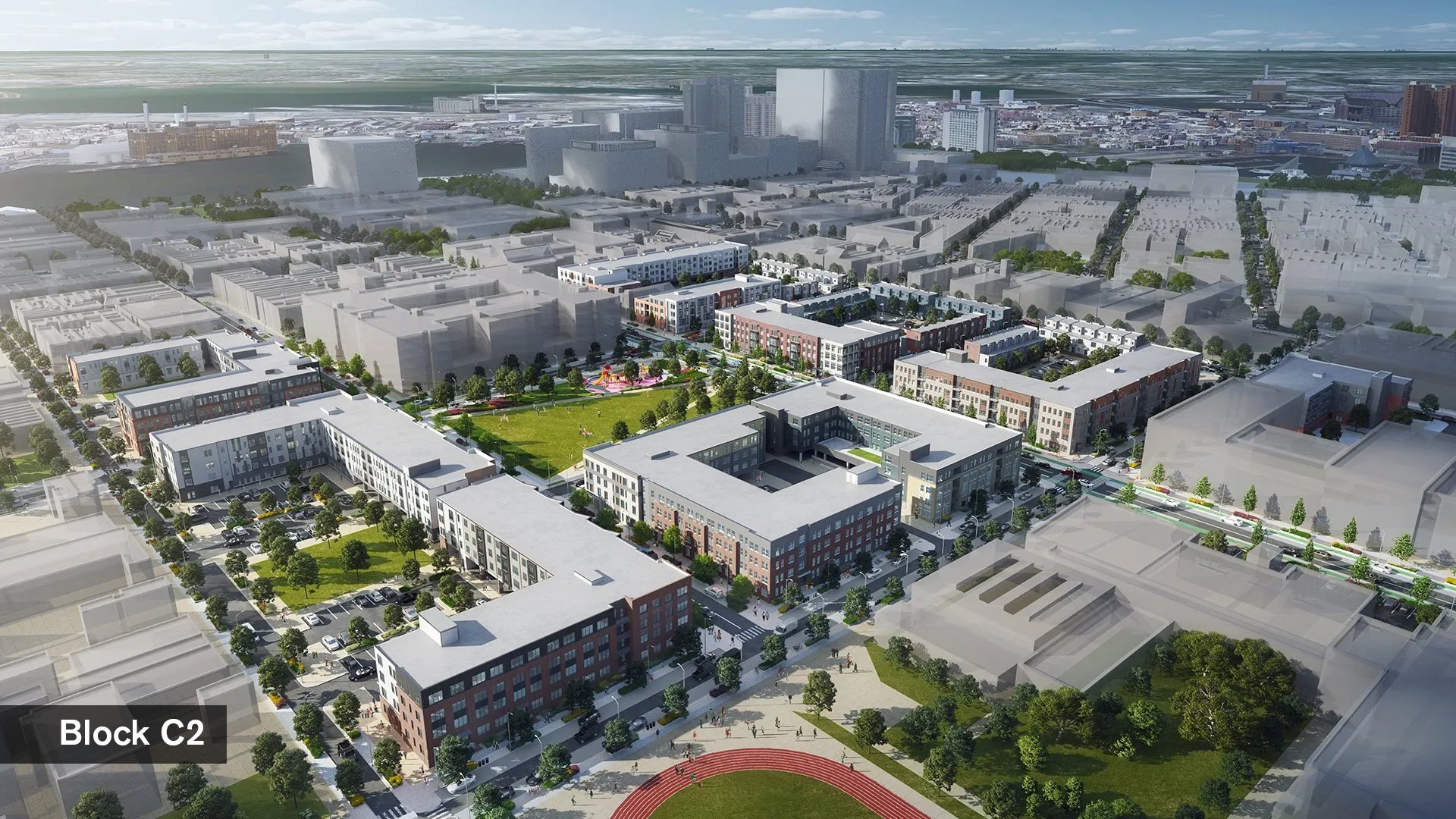 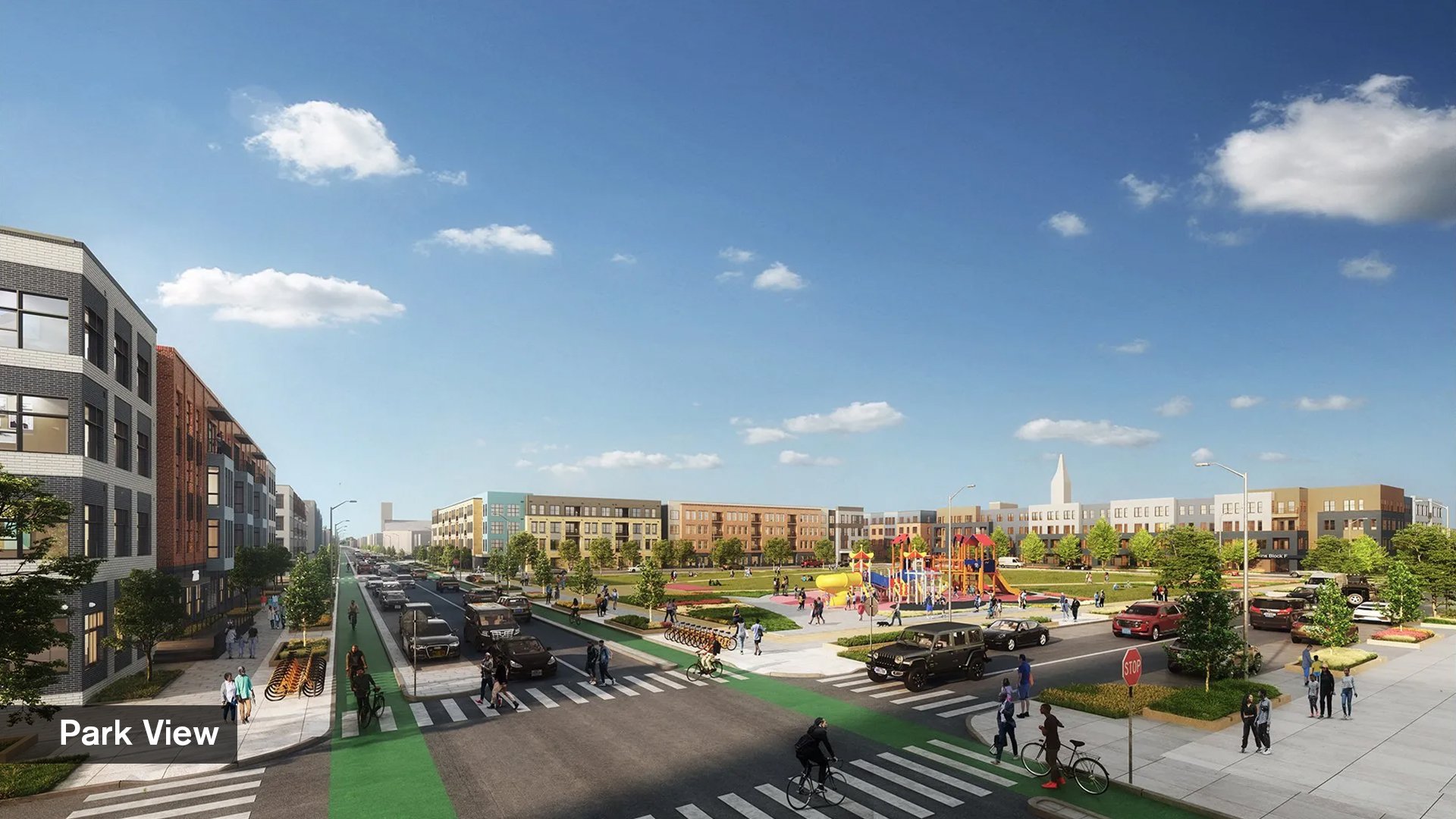 Perkins Homes is a 12-block redevelopment project in downtown Baltimore that rethinks the strategy for providing an affordable, high-quality living environment for the citizens of Baltimore. Its components include several low-rise affordable apartment buildings, townhomes, market-rate apartments, small-scale retail, a large public park, and a public school with playing fields. The redevelopment replaces the original Perkins Homes built in the 1940s as public housing for shipyard workers and their families. Originally conceived as a modern solution to an area of dilapidated row houses, Perkins Homes suffered for many years from the same set of problems that have plagued most mid-century public housing schemes.

The project is conceived of as a new approach to meet the need for affordable housing in a post-industrial city. It learns from the missteps of mid-century public housing as well as from more recent market rate redevelopment successes; the new project is not a governmental project but a public private partnership featuring extensive community involvement at every stage, and managed by a non-profit company with significant levels of experience with making affordable housing work. Ultimately, the re-envisioned Perkins Homes will feature 1,346 affordable, mixed-income and 500 market-rate units.

The Perkins Homes community takes care to provide public outdoor amenity spaces and public streets with greater visibility and oversight. Each apartment building and group of rowhouses has its own distinct design, creating a much richer visual environment and a sense of place. The buildings are designed to be energy efficient, and will be built to the same level of construction quality as the market rate structures. The street furnishing designs are analogous to the adjacent Harbor East redevelopment, among the best in the city.

The new Perkins neighborhood does more than improve the lives of its residents. By greatly improving an area of downtown Baltimore that connects several high-functioning neighborhoods, including Harbor East, Johns Hopkins Hospital, and the city center, the project knits together a formerly disjointed set of hubs.