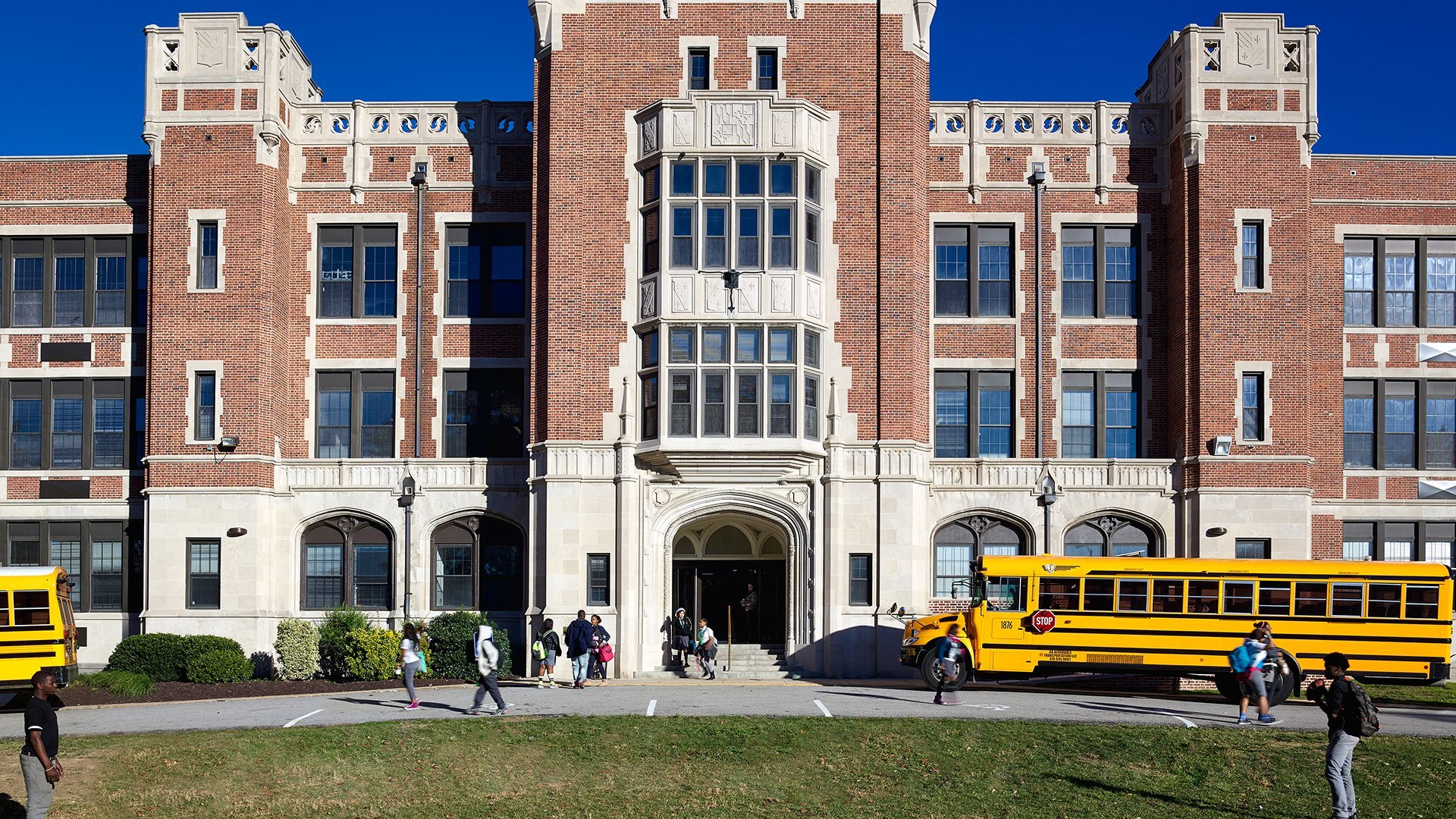 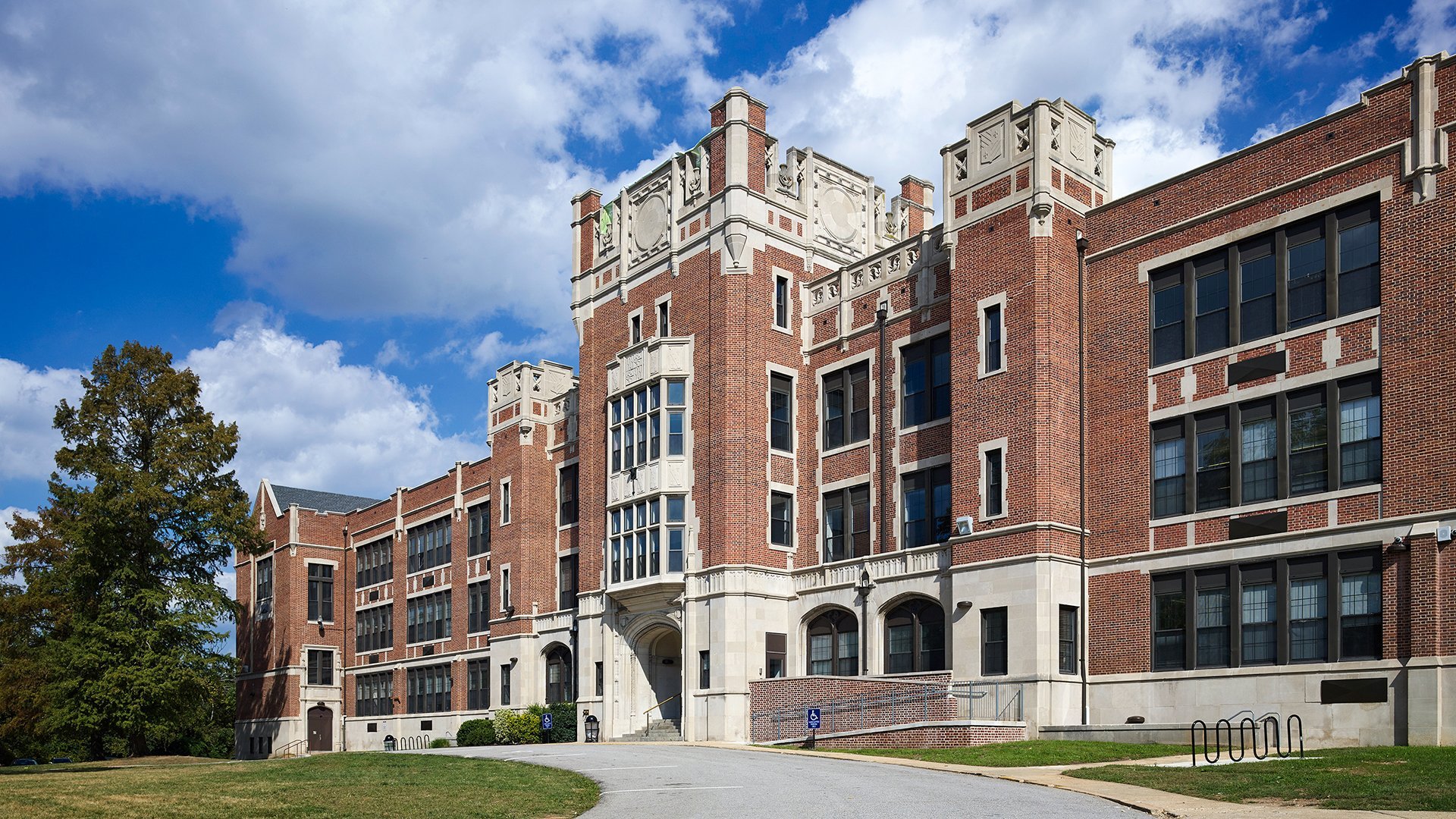 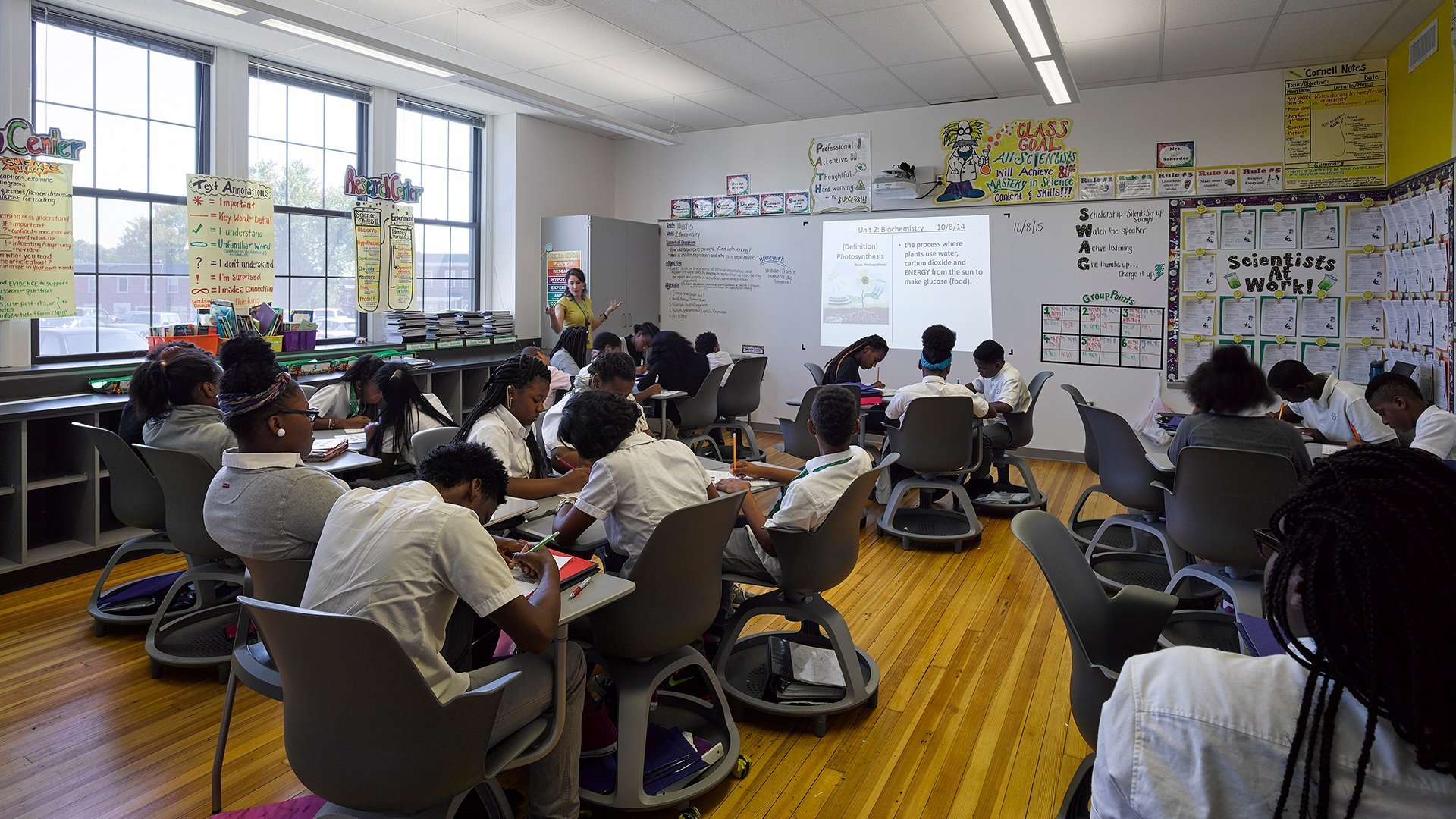 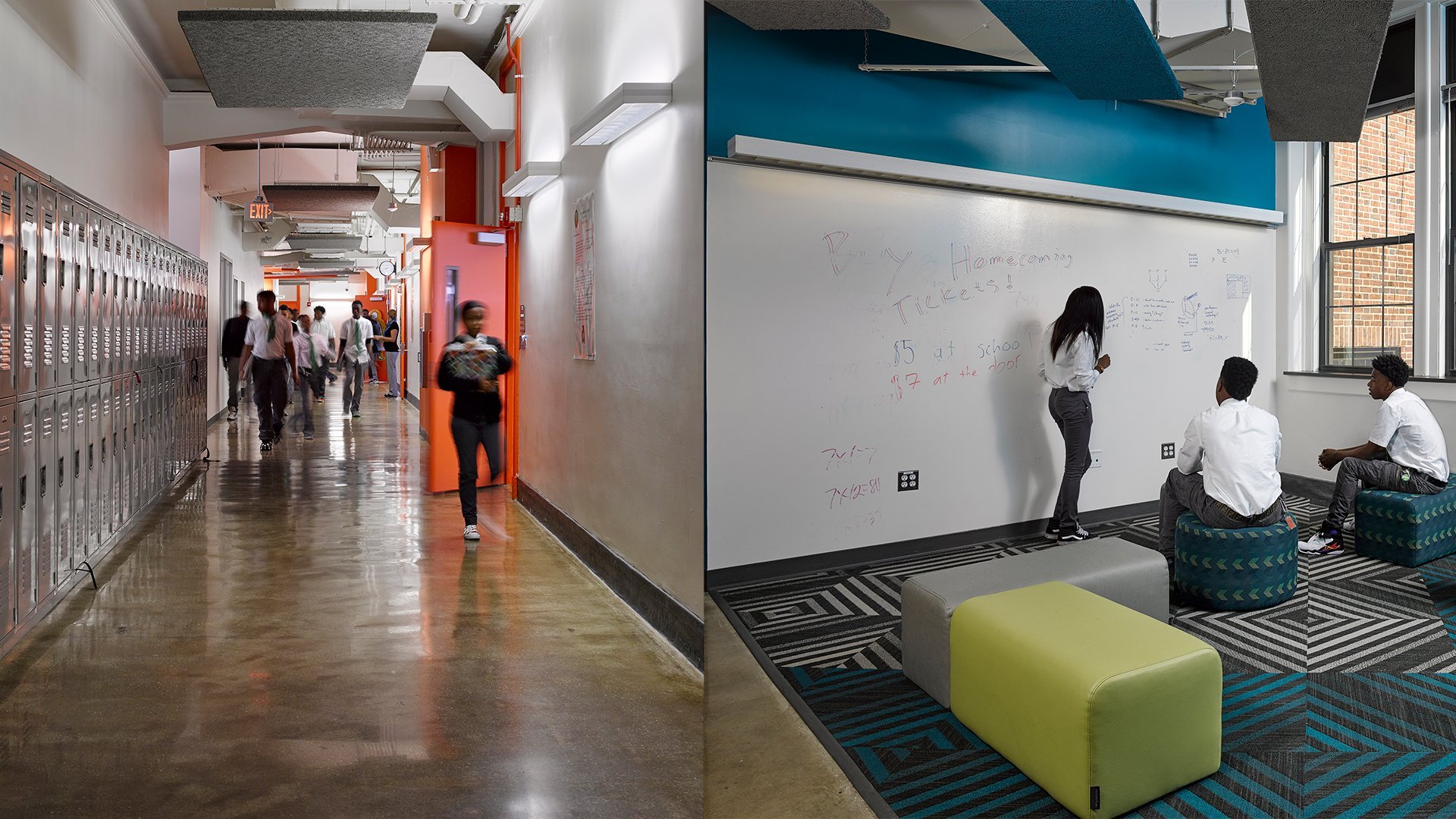 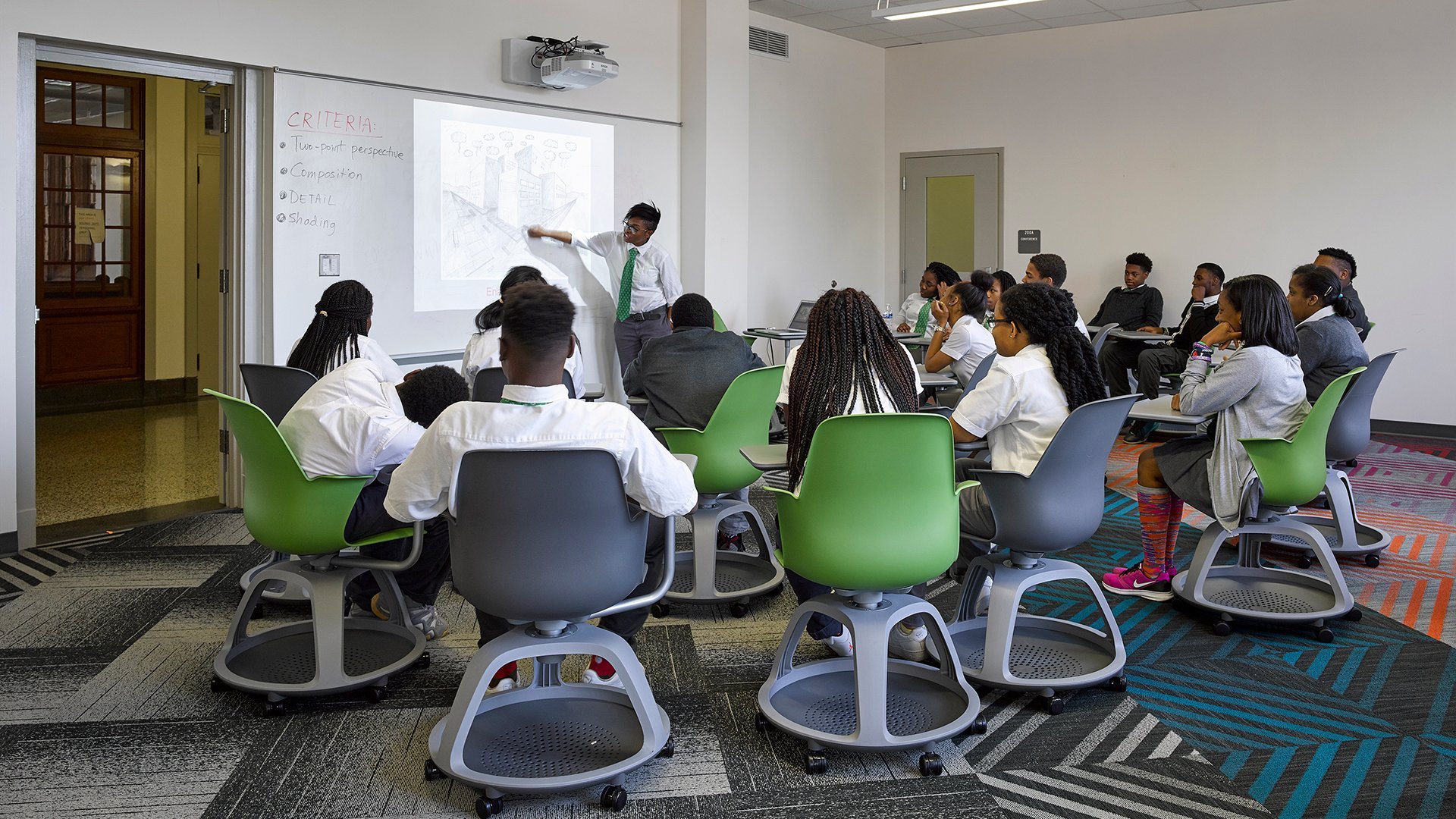 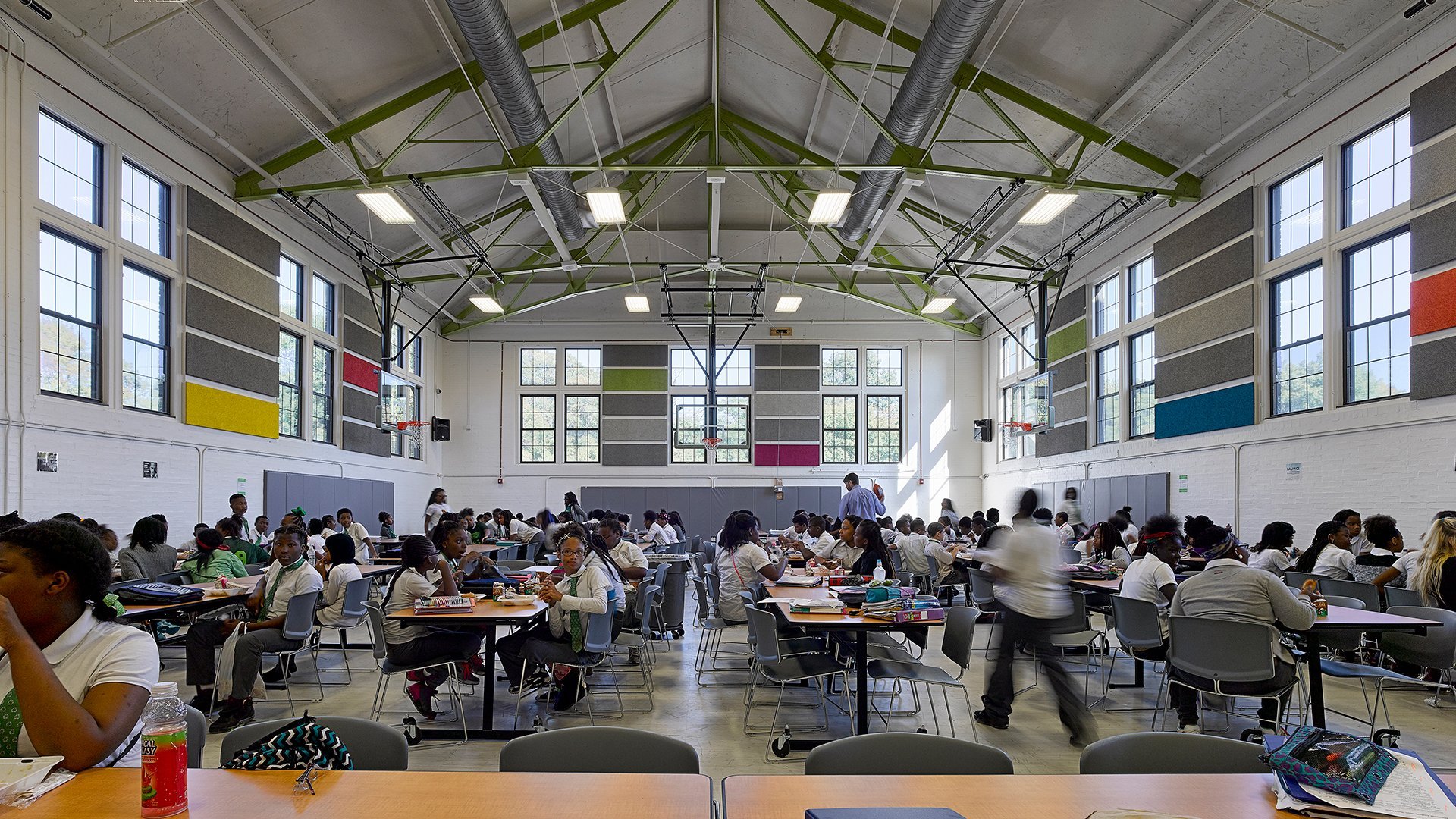 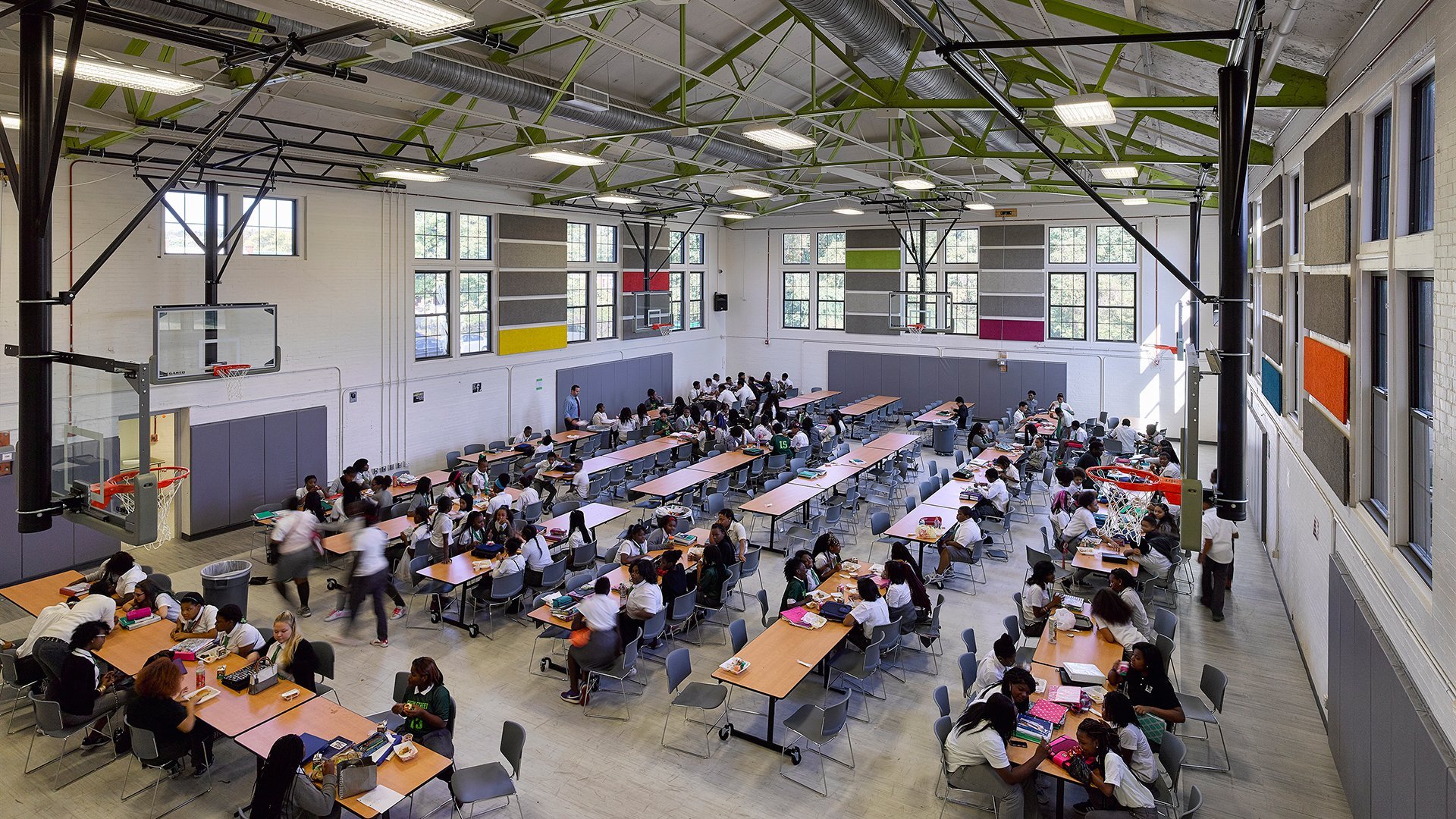 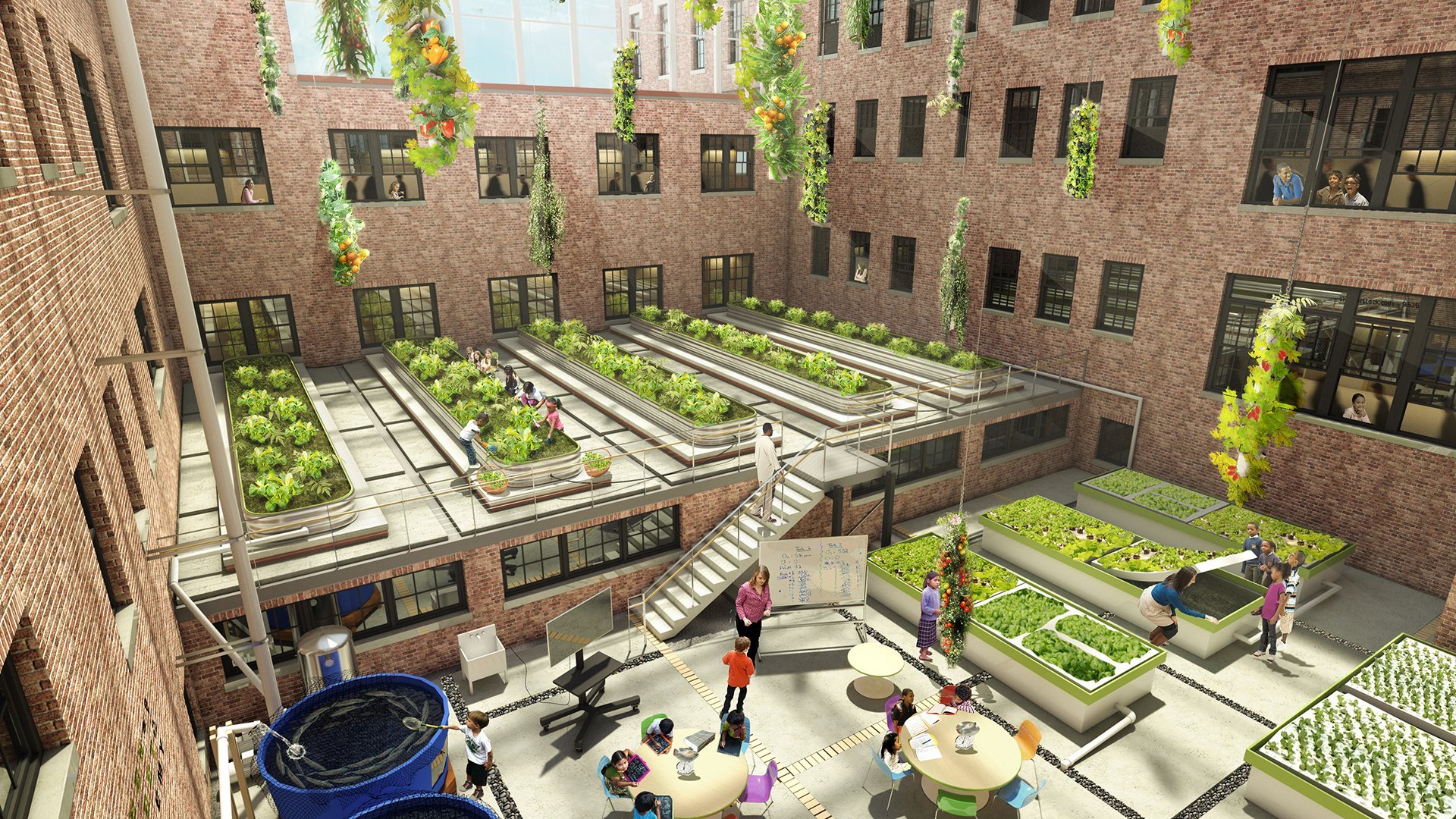 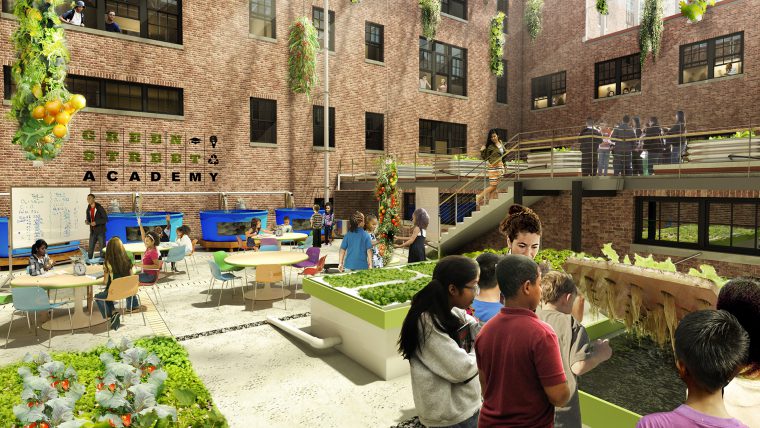 Green Street Academy is a Baltimore City Public Charter School that serves 875 students from grades 6 through 12. Hord Coplan Macht designed the renovation of a vacant 130,000 sf Baltimore City Public School originally built in 1925. The 100,000 sf program includes innovative and collaborative learning spaces that are designed for the learner.

Green Street Academy achieved a LEED Platinum certification from the U.S. Green Building Council under the Schools v2009 rating system. This mark is the highest rating achievable and ranks Green Street Academy in the top 4% of all schools using this system.

At the time of its certification, Green Street was the second largest platinum project in the world and the only one in Maryland and Baltimore under the LEED Schools v3 rating system.

Originally constructed in 1925 as Gwynns Falls Park High School, the building had been abandoned for 20+ years prior to the start of construction. Fitting the new program into the existing building required an understanding of the value of the existing elements, as well as a vision for how the building could adapt to Green Street’s needs. In designing the space, the architects were able to maximize the existing floor plan for the school as well as retain much of the building’s original beauty. 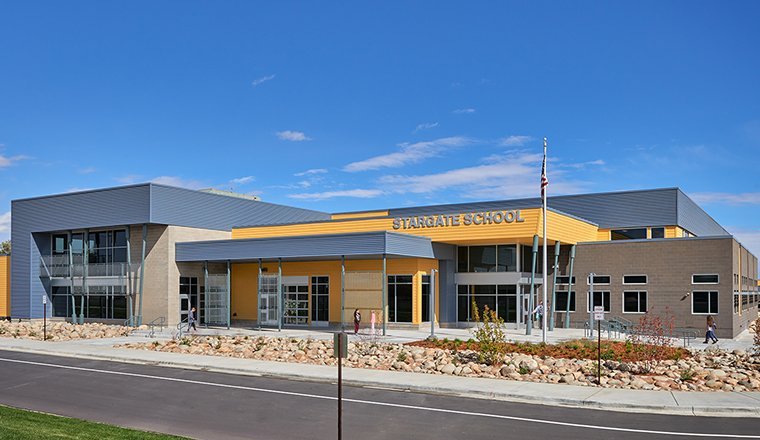 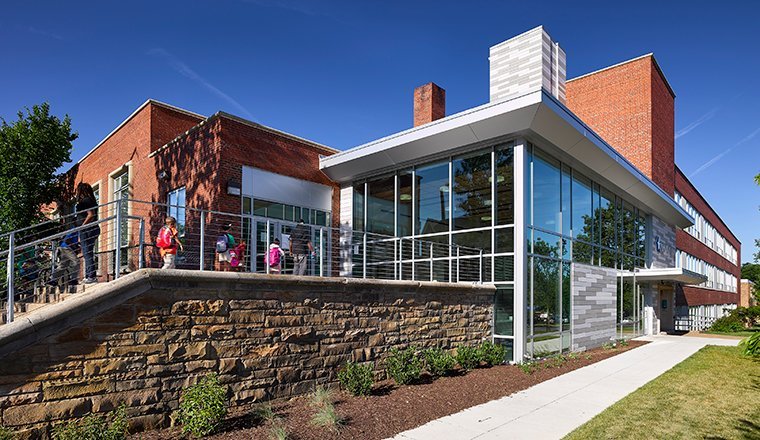 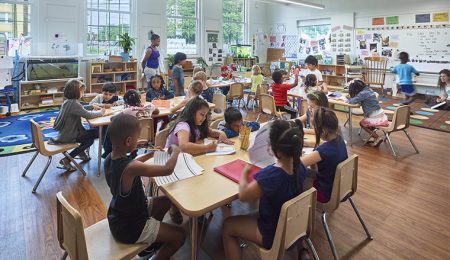