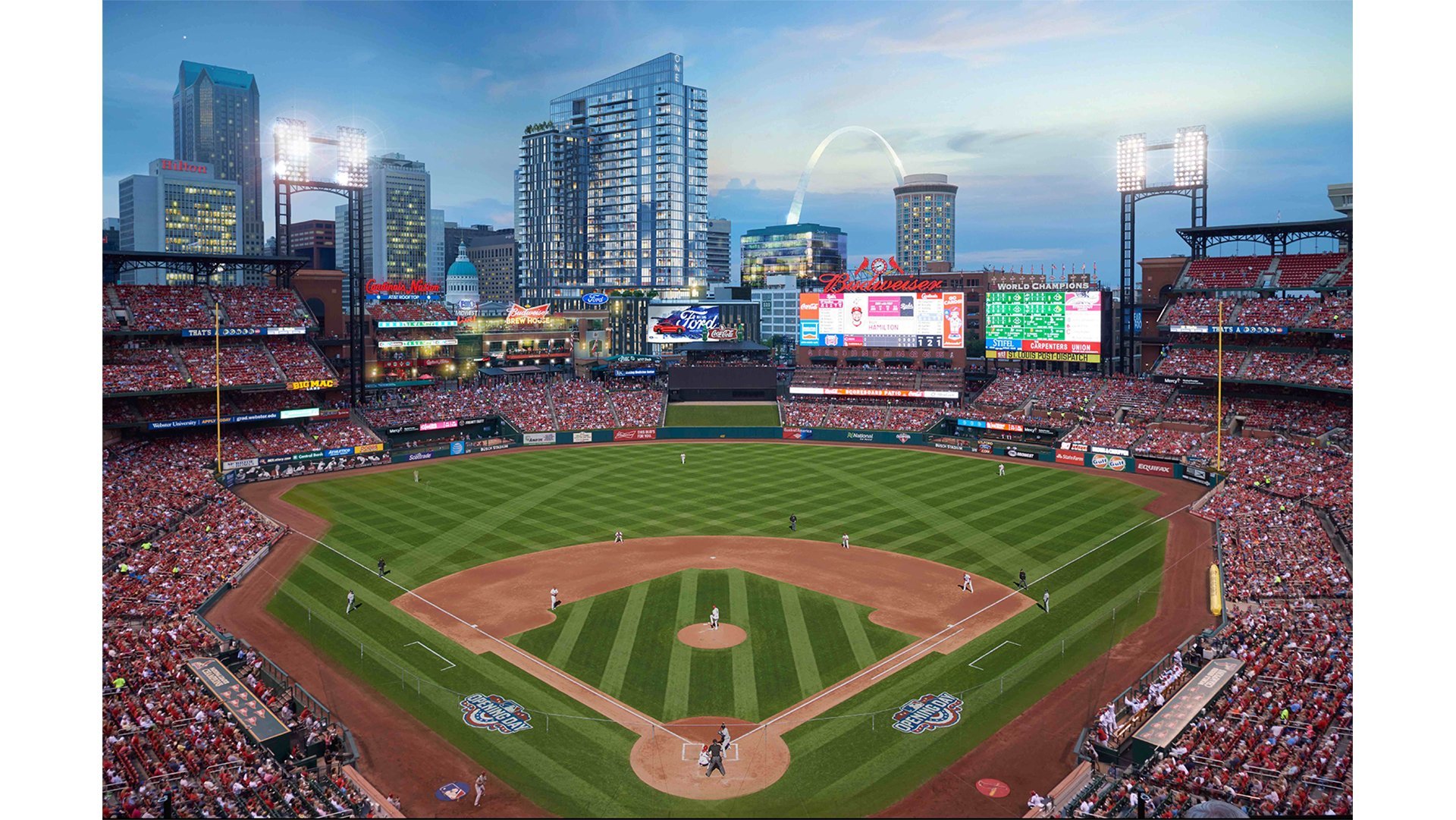 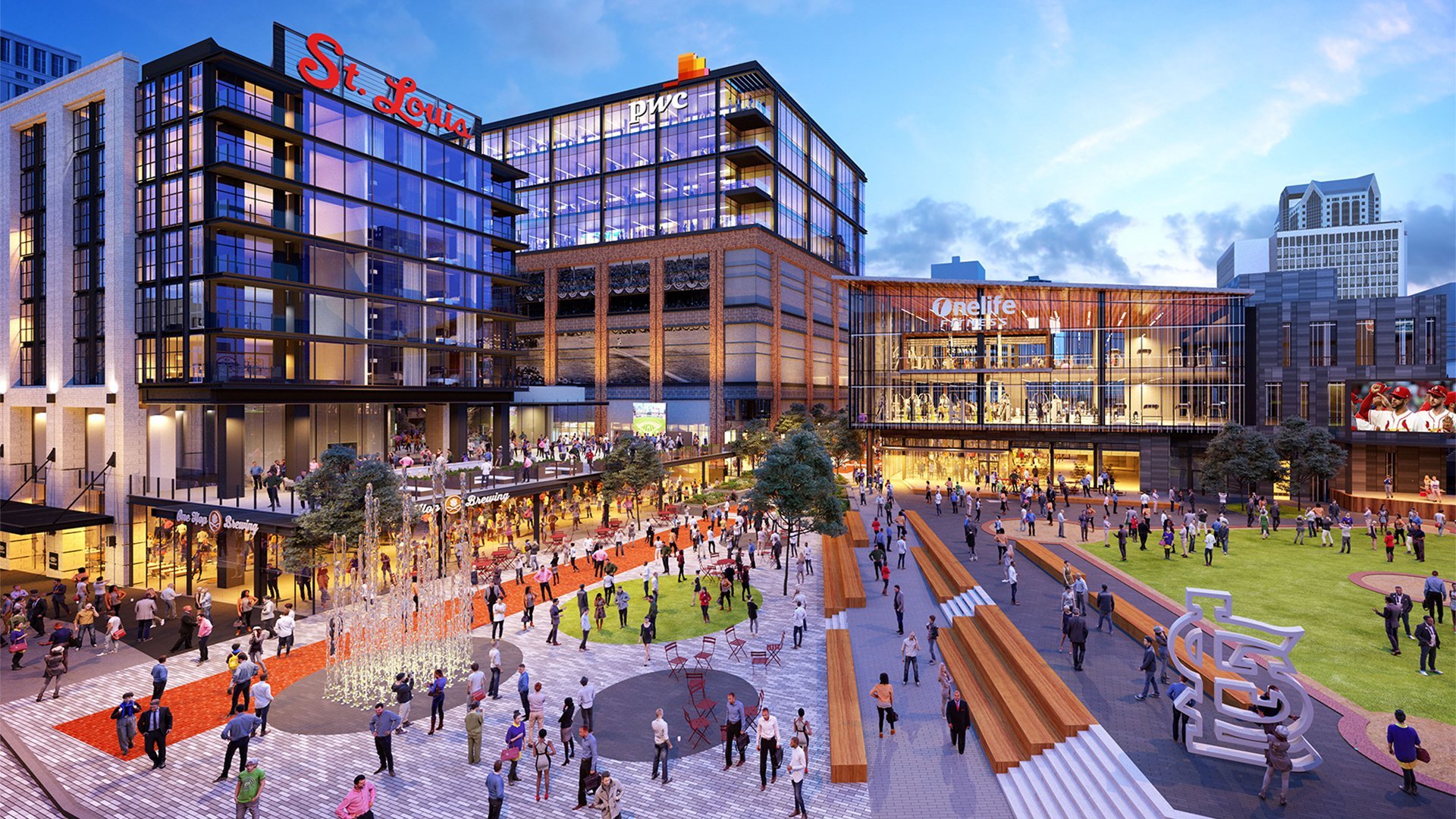 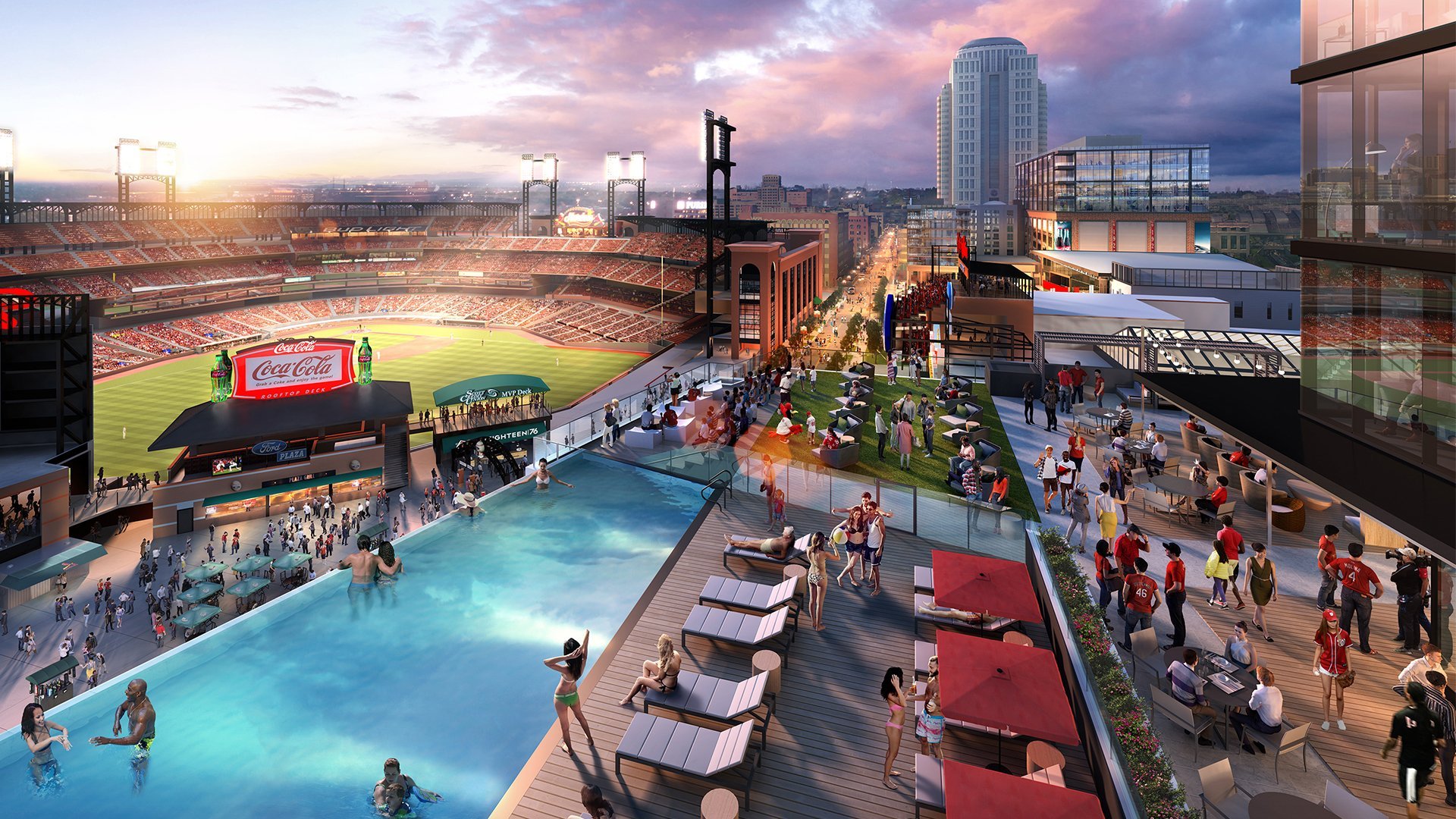 The first phase of Ballpark Village opened in 2014, offering a robust calendar of events, entertainment, live music, and food and beverage experiences year-round. As the premier sports-anchored destination in the Midwest, Ballpark Village is the place for to be to celebrate the St. Louis Cardinals and St. Louis Blues both home and away.

The masterplan is reimagining multiple city blocks of surface parking that sit atop the site of the previous baseball stadium. As such, the planning is a leading example of the new trend of sports-oriented development taking root around the country.  With little existing life in the quarter around the ballpark, the project is an exercise in whole cloth placemaking; revitalizing a multiblock void to create a new vibrant mixed-use live/work/play generative community within the urban fabric.

In addition to the planning and landscape elements, there are three major building components that Hord Coplan Macht lead as part of the development. The easternmost block is a 29-story high-rise residential mixed-use building directly adjacent to the ballpark which contains 297 apartment units, 25,000 square feet of interior and exterior amenity space and 10,000 square feet of retail space. Designed in association with HKS Architects, the westernmost block is an 8 to 11-story mixed-use building that includes a 216-key Live! by Lowes hotel and a 100,000 SF, 11-story office space. Structured parking resides below the office tower and retail spaces front the plaza and street along Busch Stadium. The central and third building is a 3-story jewel box pavilion with retail at street level and Onelife Fitness above.

The central open space is created atop the hallowed ground of the historic infield of the original stadium which will serve as a public pedestrian plaza that will host concerts and various other community-focused events. Also showcased within the plaza design is the deep history of the St. Louis Cardinals.

Featured here is the design of One Cardinal Way, the mixed-use residential high-rise.  The tower is an iconic contemporary tower designed to stand in contrast to the more traditional red brick stadium.  Its angular shape is sculpted to maximize views into the stadium.  With the owner of the ball team as a partner in the development, there is a strong affiliation with the Cardinals brand, and the design of the tower, including the generous “gameday balconies”, the terrace overlooking the field, as well as the subtle use of Cardinals lore in the interior finishes and artwork create unique residential community which appeals to superfans and urbanites alike. 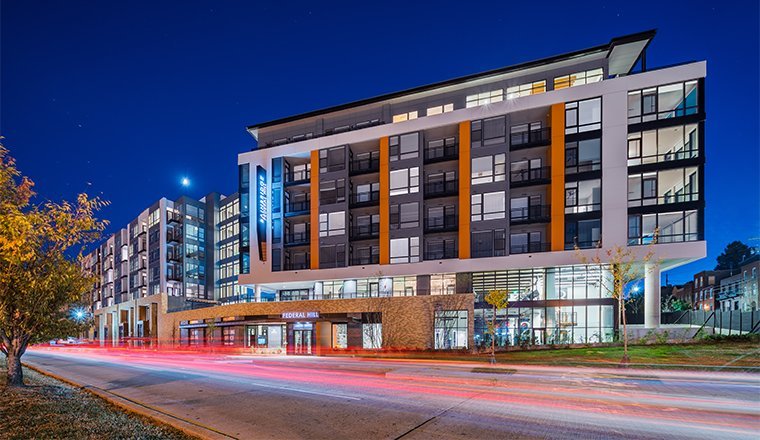 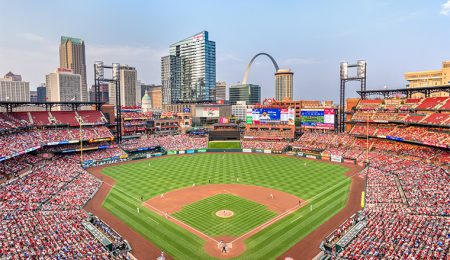 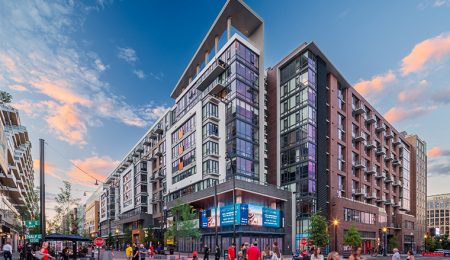 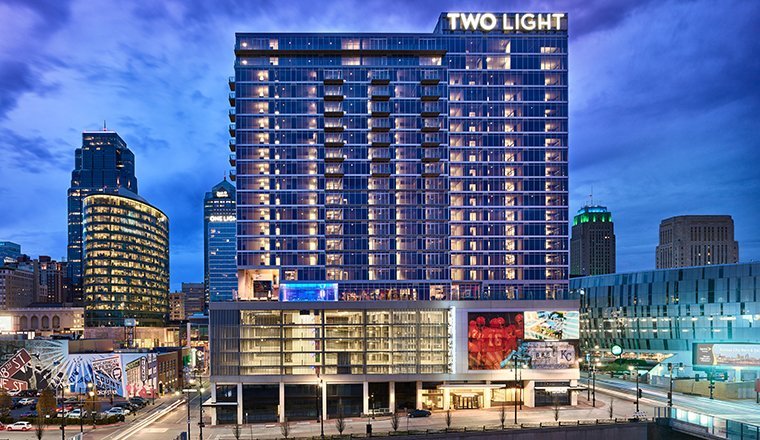